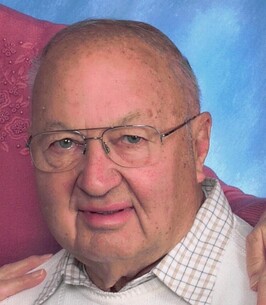 Mike worked for the City of Grand Rapids for 42 years. He proudly served in the Michigan National Guard for 42 years and retired as Chief Warrant Officer of the 46th Brigade, 126th Infantry Division. He was also an honorary life member of the American Legion.

Mike and Marge enjoyed many years of traveling and made numerous friends along the way.

The family would like to thank the staff of Green Acres of Standale assisted living and Kindred Hospice for their loving and compassionate care.

Mike’s family invites you to a Memorial Service on Wednesday, September 21, 2022, at 11:30AM at Beuschel Funeral Home, 5018 Alpine Avenue, Comstock Park, MI 49321. There will be a Memorial Visitation before the service, starting at 10:00AM.

Those wishing to offer expressions of sympathy are encouraged to make a Memorial Donation in Mike’s honor to either Green Acres of Standale or Kindred Hospice.

All rights reserved. This obituary is also archived at obittree.com