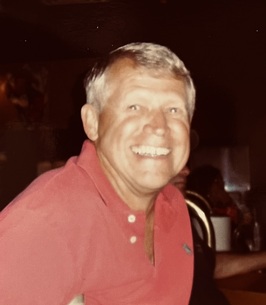 Paul Leo Dennie was born on September 24, 1950 and died on August 18, 2022. These dates give only the time parameters of his life; the measure of his existence is in how he used those years he had on earth. How he used those years made him the friend and brother so many of us have known & cherished—and will continue to cherish.
Paul was born to Howard Leo Dennie and Jettie Pearl (Goodyear) Dennie. He grew up with four sisters—Jane (Jim) Ludden, mother of Jamie, Heather and Sam; Ruth Dennie, mother of Shannon, Ian Rock and Derek; Marva Dennie, mother of Tanya and Kevin; and JoAnn (Glenn) Broadbent, mother of Kristen and Erin—and two brothers—Jerome Dennae (sic) of California and Dale (Janet) Dennie, father of Geoff, Greg and Robin. Paul never denied being his mother's favorite. And that honor rested easy on his shoulders—shoulders that warded off envy as they provided comfort and aid to family and friends from an early age.
And Paul's family expanded as he brought more and more friends into his life—not as replacements, but as new people he could also share happiness with. It is impossible to name all of the people Paul cared for, people who called him "friend." We all know how close he was to Larry Berry, a fellow-traveler in the world of merrymaking who left earlier this year. And we know that Paul and Larry most certainly have already set tee times on some heavenly courses. But so many of us are left behind. Some still start their workweek with breakfast each Monday—but Paul's laughter no longer resounds from the other side of the table. And some still meet on Thursdays in a long-standing ritual of swimming and golfing and cheer—but one voice fewer. And the campgrounds still hold dear friends who towed and parked Paul's camper and cart, and kept the boat afloat—but there is a note missing in the laughter. And there are neighbors and friends who can still feel Paul's welcoming embrace as they lounge where they have always been welcomed—but they never hear him tread the steps to the pool. And the pool is prepped and the lawn is mowed—but the friends who still honor his life in such meaningful ways can no longer fill his cup for him when that work is done. And some who are left behind are no longer needed to take Paul to his appointments; or to dress his weeping legs; or to remind him when it is time to take (if he would) his meds; or just to assure him he is not alone—tasks that mean so much when it feels like you can do so little for one who deserves so much. And some who earned his deepest trust can only hear in memory, “yes, I trust you.”
So many of us are left behind, happy for him, but grieving our loss. We of his generation—or close thereto—understand how vast our number is, and that it is so large because Paul did not reserve his affection for any one age group; we remember how he bridged generations. Paul never condescended to children in the way so many adults do, but rather met them—as he did adults—at a level where each comfortably gave the other respect and attention. Even in his final days he was able to regale an infant great-nephew on a zoom call, bringing laughter and happiness on both ends. This trait of course endeared Paul even more to family and friends who had small children. But now there are young adults and children who no longer have the pleasant embrace
of his company. Long-standing Wednesday dates are now just sweet memories. School work so sincerely acknowledged (and rewarded) continues, but the enthusiastic encouragement is now an echo in the memory.
Paul had human foibles—but he had a humane soul. He could be opinionated but was not dogmatic. The only dogmas he held sacred were the Golden Rule and an old-fashioned sense of the demands of hospitality. Paul was not concerned about anyone's beliefs; he was concerned about one's actions. You probably heard him state specifically (as he has more than once) that "there would be no problems if everyone just treated everyone else how they wanted to be treated themselves." And certainly, as a friend, you witnessed his living testament to the Golden Rule, and you saw the peace and comfort he found. Also, as Paul's friend, you certainly witnessed his unwavering belief in the duties of a host. Sometimes people—weak as we are—take advantage of such grace. But Paul seemed never to be brought low for long by the weaknesses of others; rather he continued to treat others as hospitality demanded, and as he would have others treat him.
Yes, Paul was very accepting of flawed humanity—but he did place limits. Paul wanted only happiness for others—but he never tried to control how they found their happiness. And he expected the same from others. In his long encounter with a debilitating disease Paul accepted help—but on his terms. He continued to live his life, refusing to merely exist. And family and friends learned to adapt, tailoring their aid so he could safely continue to live, so he would not be relegated to merely being a bystander.
And so on Paul’s 72nd birthday—Saturday, September 24—we hope that all of his friends and family will come together from 4:00 until 9:00 p.m. at The Barn, located at 2124 Twelve Mile Road in Sparta, MI. Food and refreshment will be provided. At 5:00 The Bimini Brothers will help set the tone. There we can not only reminisce, but once again feel his presence.

All rights reserved. This obituary is also archived at obittree.com