To share your memory on the wall of Stella Bowers, sign in using one of the following options:

Stella was born on July 18, 1927 to August and Emma Totzke. She began her life on a dairy
farm in Baroda, Michigan where she learned the value of hard work, helping maintain the family
business alongside her siblings, older sister Virginia, and two younger brothers Gerald (Bud)
and Edgar (Butch). She walked to school every day, and graduated as the valedictorian. After
graduation, Stella went to work as a bookkeeper, where she continued her education with on
the job training.

An enthusiast for life, Stella knew how to have fun. She went down to Chicago with her friends
for the Lawrence Welk Show where she had the opportunity to dance with Lawrence Welk
himself. She was involved in Junior Farm Bureau for many years where she focused on a
number of fundraising activities. It was at Junior Farm Bureau that she met the love of her life,
Lynn Bowers.

Stella and Lynn were married on September 10, 1949 in Baroda, Michigan at Zion Evangelical
Church. Stella made her own wedding dress, spending 8 hours on the hem alone. They walked
down the aisle together where they gave their vows which they kept for almost 70 years. They
set out to celebrate with a trip around Lake Michigan and finished their trip in Lansing where
they went to look for a place to live. They found a one bedroom basement apartment with no
door on the bathroom. Lynn went back to school at Michigan State and studied on Stella’s
sewing table. While Lynn finished school, Stella worked as a secretary for Michigan Farm
Bureau. After he graduated, she went to work at Benson Tire in Benton Harbor, Michigan right
next door to where Lynn worked at Producer’s Service.

They bought their first home in St. Joseph, Michigan in 1952 and soon they had their daughter
Kay. Their first son, Jeff was born in 1955. They lived there until 1957, when their third child,
Kurt was born. Stella was still in the hospital recovering from a c-section when Lynn moved the
family to Kalamazoo to accommodate his job at Allied Chemical. Stella brought Kurt home to a
brand new house where they lived for two years.

In 1959, the family moved to Comstock Park, Michigan. They bought a home on Hachmuth
Drive where they lived for the rest of their lives.

Lynn and Stella quickly found their church home at St. John’s United Church of Christ on Bridge
St. in Grand Rapids. Stella was devoted to the church where she served as the financial
secretary for 17 years. She also worked for Baker Auto Parts for 37 years and led 4H for the
girls in their neighborhood. Later, they discovered a new church home at Trinity Congregational
Church.

Lynn and Stella enjoyed traveling together around the United States and the world including
Alaska, Arizona, Florida, Washington DC, Hawaii, Oregon, Montreal, Canada, Mexico,
Germany, Chile, Australia, and New Zealand. They purchased a small home in Lake Placid,
Florida where they spent their winters for many years.

Stella was well known for her baking, knitting and homemaking. She was deeply loved by her
family and friends and will be missed.

To send flowers to the family or plant a tree in memory of Stella Bowers (Totzke), please visit our Heartfelt Sympathies Store.

Receive notifications about information and event scheduling for Stella

We encourage you to share your most beloved memories of Stella here, so that the family and other loved ones can always see it. You can upload cherished photographs, or share your favorite stories, and can even comment on those shared by others.

Tom Bodtke, Bob and Kari Michalski, and other have sent flowers to the family of Stella Bowers (Totzke).
Show you care by sending flowers

Posted Apr 29, 2019 at 11:37am
With much love from the Phyllis Bodtke Family, Tom, Arlene and Family, Pam, Joe and Family, Larry, Liana and Family and Kay and Family.

Posted Apr 29, 2019 at 10:37am
My condolences to the family, especially Kay, George, Amy and Dan. I only ever saw your Mother and Grandmother smiling. May your fond memories carry you through this difficult time.
Kind regards, Tim Launiere

Medium Dish Garden was purchased for the family of Stella Bowers. Send Flowers

Posted Apr 28, 2019 at 05:37pm
With loving memories of your Mom and the good times our families spent together. Sending thoughts of love and comfort to you all. 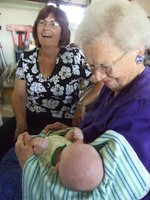 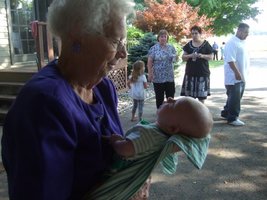 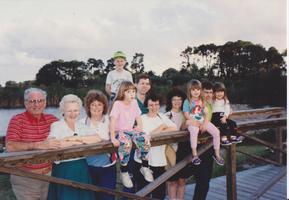