To share your memory on the wall of William Hayes, sign in using one of the following options:

To send flowers to the family or plant a tree in memory of William Coryell "Bill" Hayes, please visit our Heartfelt Sympathies Store.

Receive notifications about information and event scheduling for William

We encourage you to share your most beloved memories of William here, so that the family and other loved ones can always see it. You can upload cherished photographs, or share your favorite stories, and can even comment on those shared by others.

Posted Dec 26, 2019 at 01:06pm
Bill was a great person and I very much enjoyed the fellowship with him during coffee at Sparta Church of the Nazarene. He taught me a great deal about the ham radio and his passion for being a weather watcher. He will be very missed and I know I will see him again one day. He loved Jesus a lot and it showed. Chaplain Kurt & Marcia Glover
Comment Share
Share via:
KT

Posted Dec 21, 2019 at 10:00pm
Dear Hayes family our memories of Sparta marching band will always be a great memory the Tawney family will never forget! Hugs from the Tawney family you are like family and always will be part of ours! Sincerely Kathy Tawney
Comment Share
Share via: 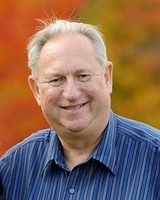